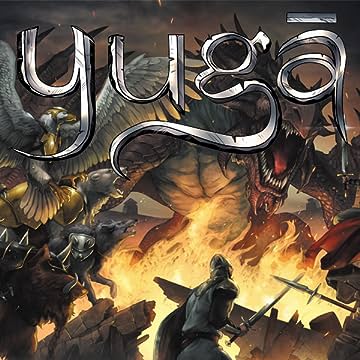 In the wake of the Great War, a truce was born between the Asuras and the Devas. They left their creation, humanity, behind on earth, protected by the Guardians, as they sought new homes. For hundreds of years, they maintained this peace. But it did not last. A young Asura, curious of earth's legend traveled to the planet, disguised as a tiger. He came upon King Toman's kingdom and was killed for posing a threat to its people. The Guardians were nowhere to be found. The Asura's father, Prince Varrik, took revenge. He slaughtered the King and Queen and kidnapped their newborn son.