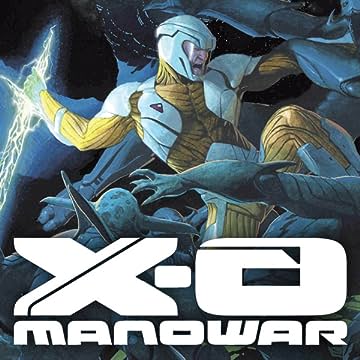 It's the comic book event a decade in the making! The all-new Valiant Universe kicks off with a landmark, oversized # 1 issue of X-O Manowar by New York Times best-selling author Robert Venditti (The Surrogates, The Homeland Directive) and Eisner Award-winning artist Cary Nord (Conan)! Born into battle, Aric of Dacia -- heir to the throne of the Visigoth people -- has never known peace. After a brutal encounter with a mysterious enemy known as The Vine leaves him a prisoner on an alien world, the only hope Aric has of returning to his family and saving them from slavery is to seize a weapon of incalculable destruction and become X-O Manowar! The Vine destroyed Aric's world. Now he will give them war.