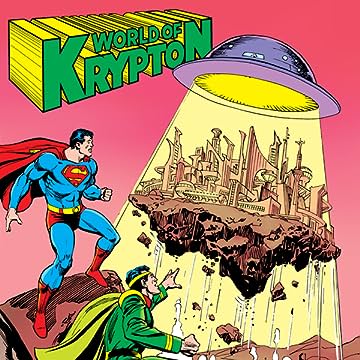 The final days of Krypton as told by Superman's father, Jor-El! With his world about to die, the scientist Jor-El of the planet Krypton put his only son, Kal-El, into a tiny spacecraft and sent it blasting on its way mere moments before Krypton exploded. That boy would eventually arrive on the planet Earth, where our world’s yellow sun would react with his Kryptonian physiology to give him remarkable powers. Kal-El became known to millions as Superman.