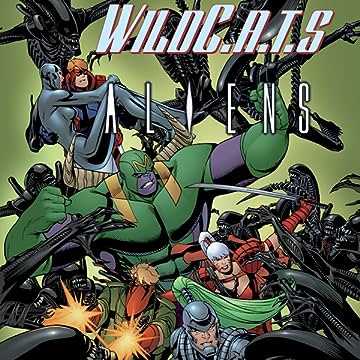 When an escape pod crash-lands in New York with injured StormWatch agent Flint inside, the WildC.A.T.s decide to get involved. Void teleports the team up to SkyWatch and into the middle of a disaster zone. They discover two things; for one, the aliens aren’t Daemonite and two, they are going to have one hell of a time getting the survivors, and themselves, off the space station alive. But how can even the WildC.A.T.s survive an encounter with the Aliens when StormWatch has already fallen? Get ready for a horror/sci-fi/super hero slugfest the likes that has never been seen before!