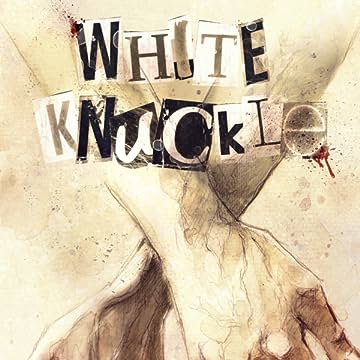 Forty years ago, Seth Rigal was a man to be feared-- a serial strangler with a string of victims. Now nearly seventy and tormented by a lifetime of monstrous violence, Rigal lives on the verge of poverty and quietly waits for the death he knows he deserves. Tortured and confused, still tormented by the drives that made him a killer in his youth, Rigal finds himself almost unconsciously stalking the daughter of his final victim-- only to have his precious anonymity snatched from him when he accidentally saves her son's life. Seth Rigal, formerly known as the Gripper, just became a local celebrity. The bodies won't stay buried any longer. White Knuckle is a complex and intense psychological thriller, distorting the ever-popular "retired gunslinger" motif into a rain-slick urban fantasy of murderous men and the needs that drive them.