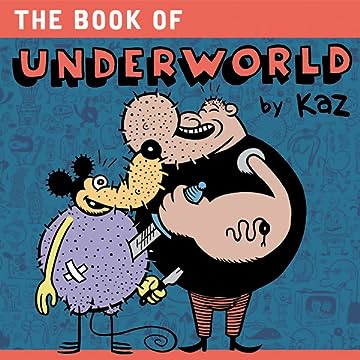 In addition to his career as an Emmy-winning writer for animation (Cartoon Network's Camp Lazlo, Disney's Phineas and Ferb, and Nickelodeon's SpongBob Squarepants), Kaz has been unleashing his id and corrupting generations with his Harvey-nominated weekly Underworld comic strip since 1992. Underworld hilariously depicts sordid doings in a surreal city, stuffed with almost-parodies of famous comic strip characters, a healthy dose of cigarette-smoking cats, cute little saccharin-cuddly creatures, media-damaged kids, and much more - all destined for a sardonic smashing in typically acerbic Kaz fashion.