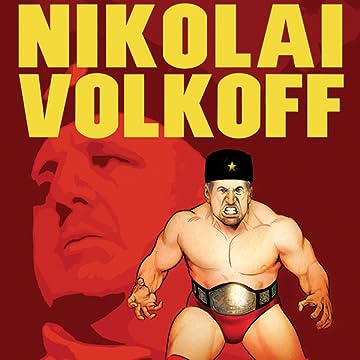 Antarctic Press's new series on the Lords of the Ring: the authorized comic biography of Croatian wrestling legend Nikolai Volkoff, 2005 WWE Hall of Famer, former WWF Tag Team Champion, and former partner of the Iron Sheik! Written by John Crowther (Rochelle), this story of Nikolai's life is based on in-depth interviews and intimate conversations between the writer and the wrestler. It's one bearhug of a heartfelt tribute!