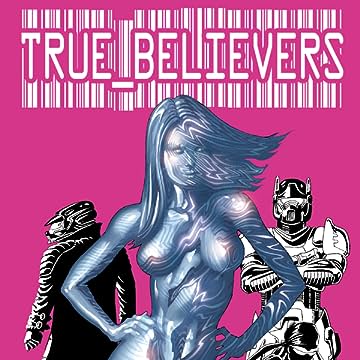 Super heroes running a female fight club? Unbelievable perhaps, but it's a tale of depravity that will send shockwaves across the globe once the sordid details appear on a podcast uploaded by the True Believers! Who are these counter-culture subversives with strange powers and abilities who have proclaimed themselves 'warriors of the information age'? The True Believers not only speak truth to power, they wield it like a weapon using it to root out lies and deception, cover-ups and conspiracies wherever they find them. Whether it's S.H.I.E.L.D. or the Illuminati, HYDRA or Weapon X, the CIA or the CSA, no target is too big and no one is off-limits-including a wary superhuman community with plenty of its own secrets to hide!