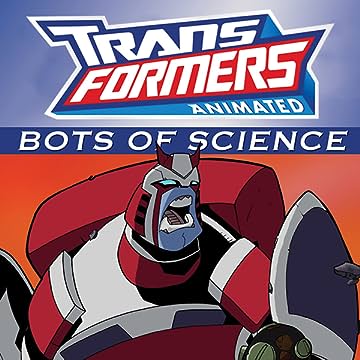 During the Great War between the TRANSFORMERS and the DECEPTICONS, the Decepticons unleashed a terrible new weapon called Cosmic Rust. Ratchet, an experienced medic, can't fight Cosmic Rust on his own. Can an AUTOBOT and a DECEPTICON--two 'Bots of Science--work together to stop the damage? Find out in this specially formatted graphic novel, created for young readers!