The Vampires of Lower Bennett Street 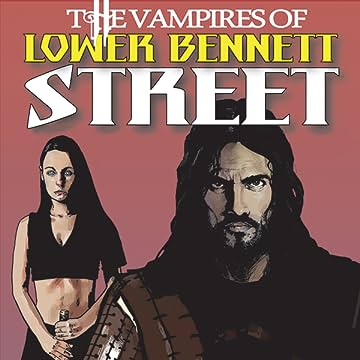 The Vampires of Lower Bennett Street

The Immortal Lazarus is on a quest to find an ancient artefact that will grant him the one thing he seeks most in life, death. After finding the artefact in Northern Ireland he is ambushed and along with his immortal cohorts, a group of vampires he is trapped for centuries underground in Lower Bennett Street. He emerges in a totalitarian future, one where vampires now rule and have been enhanced with nano technology. Hunted by these new monsters and feared by all humans Lazarus sets out to uncover the many mysteries of this new world and find the redemption he so desperately seeks.