The Ghost in the Shell 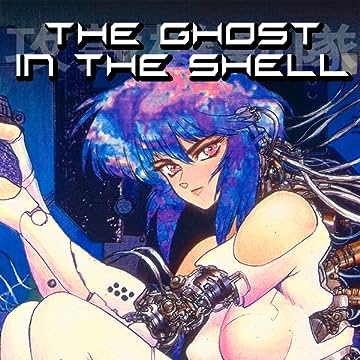 The Ghost in the Shell

Deep into the twenty-first century, the line between man and machine has been inexorably blurred as humans rely on the enhancement of mechanical implants and robots are upgraded with human tissue. In this rapidly converging landscape, cyborg superagent Major Motoko Kusanagi is charged to track down the craftiest and most dangerous terrorists and cybercriminals, including “ghost hackers” who are capable of exploiting the human/machine interface and reprogramming humans to become puppets to carry out the hackers’ criminal ends. When Major Kusanagi tracks the cybertrail of one such master hacker, the Puppeteer, her quest leads her into a world beyond information and technology where the very nature of consciousness and the human soul are turned upside down. From Shirow Masamune, the award-winning creator of Appleseed and Dominion, comes The Ghost in the Shell, the breakthrough manga that inspired the internationally acclaimed animated film. An epic dystopian tale of politics, technology, and metaphysics, The Ghost in the Shell has been hailed worldwide as an unparalleled visionary work of graphic fiction. And now it’s ready to dazzle the imagination in its second millennium.