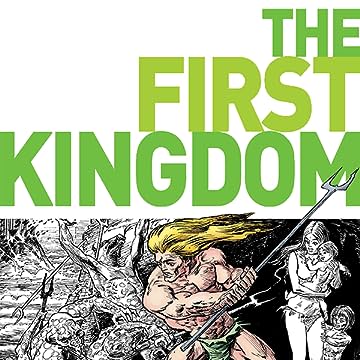 An unforgettable epic, the work of a lifetime, is finally collected in an ultimate, six-part library! Visionary. Maverick. Rebel. Master storyteller. Iconoclast. Genius. Jack Katz has been called all of these things since he began his illustrated magnum opus in 1974, creating a tale of such density and awe-inspiration creation it constitutes its own reality! From a post-apocalyptic future to the secrets of the past, from the birth of humanity to its place in the universe, no question is too large to grapple with, no canvas too large to paint upon. Witness the rise and fall and rise again of the First Kingdom, from the caves to the stars... and beyond!