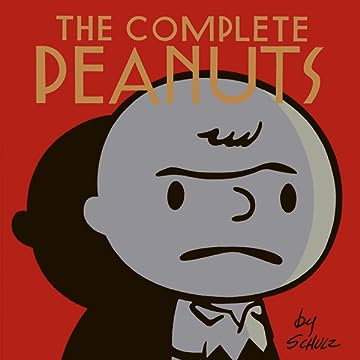 Although there have been literally hundreds of Peanuts books published, many of the strips from the series' first two or three years have never been collected before―in large part because they showed a young Schulz working out the kinks in his new strip and include some characterizations and designs that are quite different from the cast we're all familiar with. (Among other things, three major cast members―Schroeder, Lucy, and Linus―initially show up as infants and only "grow" into their final "mature" selves as the months go by. Even Snoopy debuts as a puppy!) Thus The Complete Peanuts offers a unique chance to see a master of the art form refine his skills and solidify his universe, day by day, week by week, month by month.