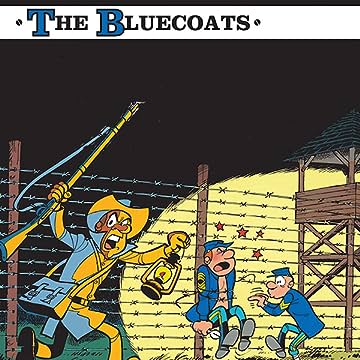 "The Bluecoats" is a humorous comic-book series starring Sergeant Chesterfield and Corporal Blutch, soldiers in the Union army during the Civil War. Our two heroes are captured by the Confederates and taken to Robertsonville prison camp, from which Blutch and the Sergeant try to escape five times. The camp commandant despairs, and Chesterfield and Blutch make a final attempt... Robertsonville Prison was inspired by the Andersonville prison camp situated in Georgia, which operated from mid-1863 to mid-1864.