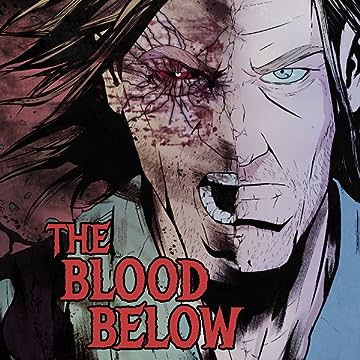 Two bodies lay dead in a dark alley—one savaged by some unnatural predator, the other lying serenely like a fallen angel. The only significant clue is a pair of newly minted contact lenses worn by one of the eviscerated victims at his time of death. To see through the victim’s eyes and unveil a killer, Detective Nick Holden dons one of those lenses, but the world which consequently reveals itself is brimming with dark spectres and impossibilities. The Blood Below is a crime/horror comic and novel which sits within the Rust Chronicles universe, a cosmos dominated by the dream city Rust and those preternatural beings who inhabit it. The book blends weird fiction elements with traditional crime and horror themes, set against a mythical landscape with a steampunk/fantasy vibe.