The Battle of Churubusco 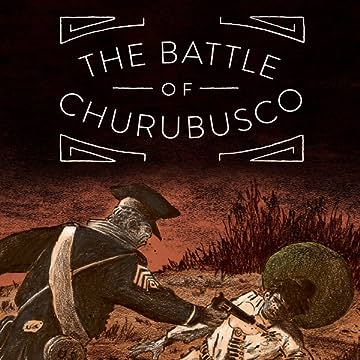 The Battle of Churubusco

Today, Churubusco is a residential suburb of Mexico City. In 1847, it was the stronghold of the San Patricios, a motley battalion of soldiers ― even some runaway American slaves ― who deserted the United States Army for a just, if suicidal, cause. In this graphic novel, Ferraris uses a bold charcoal technique to tell their story through the eyes of Gaetano Rizzo (based on a real U.S. soldier). A 22-year-old Sicilian immigrant, he joins the U.S. Army, who has promised him citizenship and a parcel of land if he will fight to take California away from Mexico. Soon, he sees sees the cruelty he is being ordered to inflict is no different from what he had escaped from in his home country.