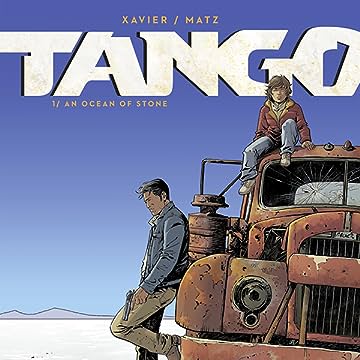 He used to play a dangerous game, running cash for the mob. Now he calls himself Tango, and he lives in a little village rising like a small island out of the rocky sea of the Andes. He's made a few friends since he arrived, with whom he's got a lot in common: they've all got secrets from their past, and they're not exactly who they say they are. One by one, their secrets are revealed in a storm of violence when old friends come knocking, demanding past debts be paid. High up in the Bolivian hills, a mountain community is once again upended by the arrival of strangers and the troubles they seem to bring with them.