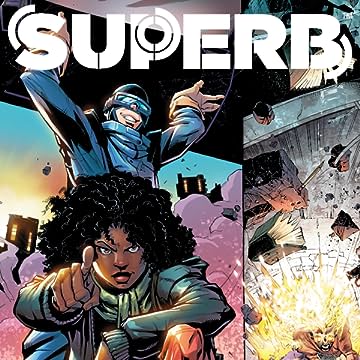 One year ago, Earth was saved from an asteroid, but a meteor shower hit the world! Youngstown, Ohio, became a Level 5 impact zone, and teenagers are emerging with new superpowers! Kayla Tate has returned to Youngstown and reunited with her childhood friend, Jonah Watkins, a young man with Down syndrome. Together, they'll uncover the mystery of the superhero and Internet sensation "Cosmosis" and his nighttime battle against the supposedly-benevolent corporation known as Foresight. From the writing team of David F. Walker (Luke Cage) and Eisner award winner Sheena C. Howard, illustrated by Ray-Anthony Height (Amazing Spider-Man) and Le Beau L. Underwood (Spider-Man/Deadpool), with colors by Veronica Gandini (Red Hood and the Outlaws).