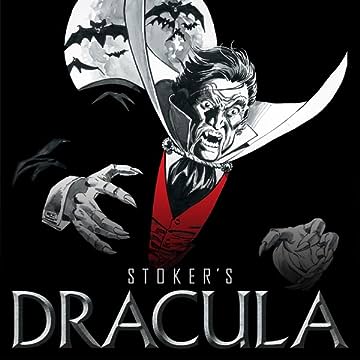 Collects Stoker's Dracula #1-4. Thirty years later, comics legends Roy Thomas and Dick Giordano reunite to at last complete their unfinished B&W ink-wash adaptation of Bram Stoker's classic tale of vampire horror, Dracula, in this lush keepsake edition! Originally serialized in Marvel horror magazines VAMPIRE TALES and LEGION OF MONSTERS, their meticulous retelling of Bram Stoker's tale of Gothic horror has been found in the Marvel tombs, and will at last be unleashed upon the daylight!