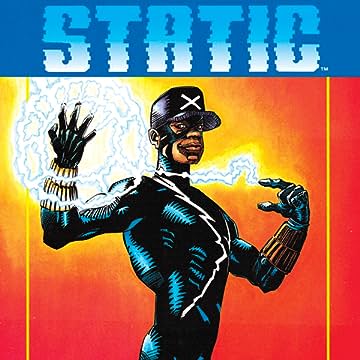 "Like any awkward teenager, Virgil Hawkins worries about girls, pocket money, girls, and getting beaten up. But recently, he's had even more on his mind: his newfound super-powers, his secret identity...and girls. On a night of terror dubbed "The Big Bang," Virgil Hawkins received incredible electromagnetic powers. As an enthusiastic comic book reader, he knew just what he had to do, so his swashbuckling alter ego, Static was born. A wisecracking crusader in a city infested with superhuman crime, Static is about to learn the hard way, that as much fun as it is playing the hero, it's no game."