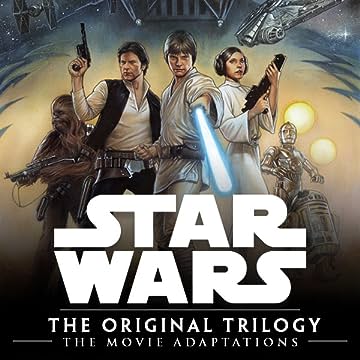 Collects Star Wars (1977) #1-6, 39-44 (remastered); Star Wars: Return of the Jedi (1983) #1-4 (remastered). The classic Marvel adaptations of all three films in the original Star Wars trilogy, collected in one blockbuster volume — fully remastered for the modern age by colorist Chris Sotomayor! Relive the events of A NEW HOPE, THE EMPIRE STRIKES BACK and RETURN OF THE JEDI as the timeless saga of Luke Skywalker and his rebel allies battling the Empire and its ruthless enforcer Darth Vader unfold in action-packed style — including scenes that never made the silver screen! Travel from the desert world of Tatooine, to the ice planet Hoth, to the forest moon of Endor on an unforgettable journey across the galaxy — one that’s far, far away and a long time ago! May the Force be with you, in the mighty Marvel manner!