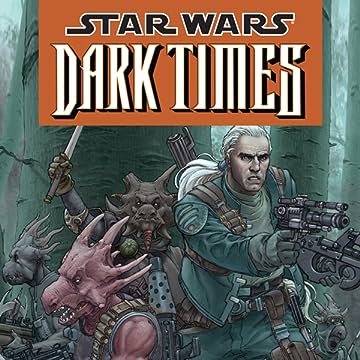 The dark times are here. Even as the worlds of the former Republic are drawn into the iron grip of Palpatine's Empire, the galaxy seems adrift in a sea of chaos, lawlessness, and despair. On Coruscant, Darth Vader waits for his Master to reveal his vision for the future. But is there a plan beyond obtaining power? On New Plympto, Jedi Master Dass Jennir leads a Nosaurian army in a war they have already lost. Is this what it now means to be a Jedi?