Spider-Man and the Fantastic Four (2007) 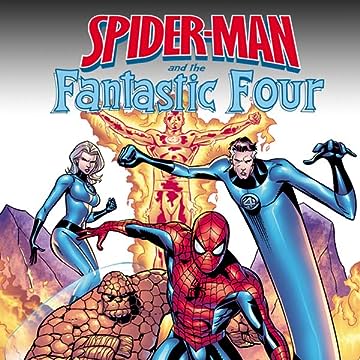 Spider-Man and the Fantastic Four (2007)

Collects Spider-Man/Fantastic Four #1-4. Two great tastes that taste great together! The world's greatest super hero and the world's greatest super team collide for an adventure set nowhere near a Civil War (and upon which we will not put a CIVIL WAR tie-in label)! After a visit by the Impossible Man, your friendly neighborhood Spider-Man is faced with a dangerous new alien threat for which he has only one recourse...call in the Fantastic Four. Separately, Spidey and the FF are the foundation of the Marvel Universe. Together...they just may save it!