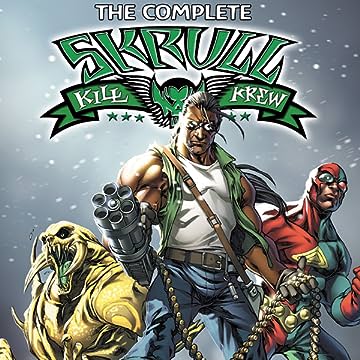 Remember those Skrulls that Reed Richards brainwashed into living out their lives as cows? Good thing nobody ever slaughtered those cattle for beef, right? Uh-oh. When Skrull meat enters the food chain, the maddest cow disease of all gives an unlucky few shape-changing powers, a fatal illness -- and a thirst for vengeance. They may be dying, but they ain't going down alone! The Skrull Kill Krew wages violent warfare on all pointy-eared, green aliens hiding on Earth! And when the Skrulls launch their Secret Invasion, the Krew's bloody mission becomes more important than ever -- but what happens when one of them starts to sympathize with their victims?