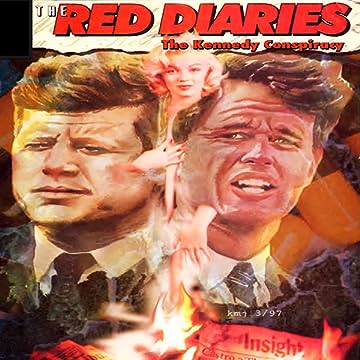 She wrote down everything. Her lovers were powerful men and when she threatened to go public with it, she died. Murdered? Perhaps. But the Red Diary was missing. The woman was the Hollywood icon Marilyn Monroe and her lovers included J. F.K. Her death remains a mystery….as does the Red Diary as it has never turned up anywhere...until now…along with more diaries that chronicle a dark chapter in American history. Assassination, cover-ups, conspiracy and more are revealed as an investigative team find themselves caught in the 30 year old maelstrom.