Punisher by Rucka and Edmonson 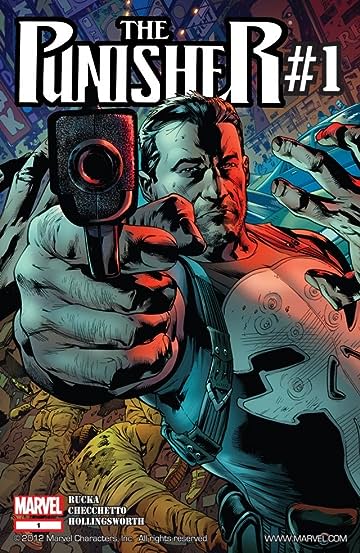 Punisher by Rucka and Edmonson

The Punisher is the biggest gun in the Marvel Universe and now he has his own giant-sized bundle! With blood on his hands and vengeance in his eyes, the Punisher is out to serve his own brand of justice with everything's he's got - but can the Punisher survive the darkness stored in his own arsenal? Plus: a violent look at how the Punisher deals with a world where every criminal is now a super hero. Then, Frank moves his one-man war out west to the City of Angels and his targets include A.I.M., Crossbones and more! Plus, guest-starring Spider-Man, Daredevil, Black Widow and Captain America!