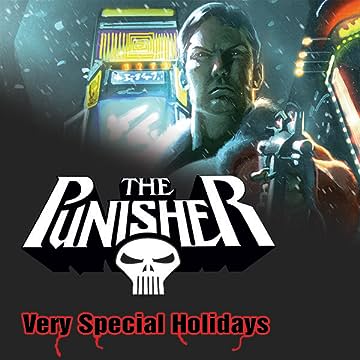 Collects Punisher: Red X-Mas, Punisher: Bloody Valentine And Punisher: Silent Night. Spend the holidays with the Punisher! In RED X-MAS, 'tis the season - for revenge. Following an eight-casket funeral, a group of vengeful mob widows go holiday shopping for the perfect assassin to take down the man responsible - and enlist the services of the lovely and lethal Sicilian assassin known as Suspiria! In BLOODY VALENTINE, something sparks the little black pit in Frank Castle's chest - the one that used to be a heart! Suspiria's back, and she wants to kiss and make up. It seems the murderous pair have a mutual enemy, an arch-villain whose pursuit will take them to Suspiria's home turf of Rome. Can Frank withstand his partner's charms? Does he want to? And finally, are you ready for a little holiday cheer? No? Neither is Frank Castle. In SILENT NIGHT, he's more interested in tracking down a mob rat in the witness protection program and punishing him. But to do that, he'll have to face his greatest foe. Hint: He's fat, dresses in red and sports a white beard!