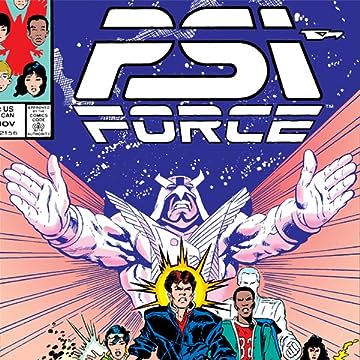 Collects Psi-Force #1-9. Neither KGB nor CIA was a match for the power of PSI in the New Universe! Gathered together by the mysterious Emmett Proudhawk, five paranormal teenagers struggled against government operatives, renegade superhumans and, most importantly, each other! Telepathy, astral projection, telekinesis, psychic empathy and psionic detonation merge to form something even greater: the Psi-Hawk! But who he is – and isn't – may be a secret that makes or breaks the team! It's intrigue and action, eighties-style!