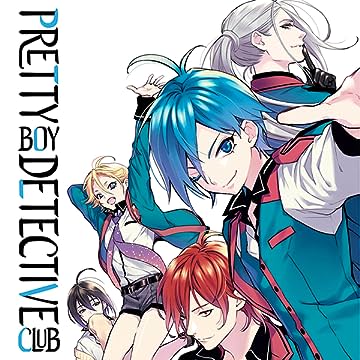 Aesthete, Epicure, Adonis, Orator, Artiste -- Who's your pretty boy? A mysterious group known as the Pretty Boy Detective Club is rumored to solve (and perhaps cause) most of the trouble at Yubiwa Academy -- in a strictly unofficial, undercover, uncommercial capacity, of course. In order to find a star she glimpsed ten years ago, second-year Mayumi Dojima enlists the Pretty Boy's aid, and gets much more than she bargained for! When they run up against a shadowy organization called the Twenties, stargazing is suddenly the least of their worries. Mayumi's entire future is in jeopardy, and the Pretty Boy Detective Club must race to solve the Mystery of the Dark Star before time runs out!