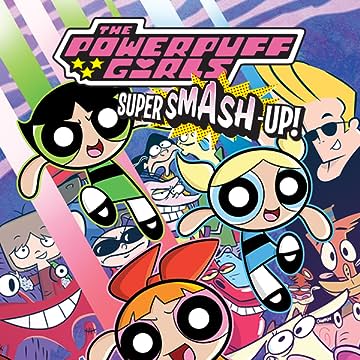 Just when you thought you'd seen it all, Cartoon Network Crossover Craziness continues! After their victory in the Super Secret Crisis War, the Powerpuff Girls take it easy with a rare VIP tour of Dexter's Laboratory! But when tag-along Dee Dee accidentally activates Dexter's newest invention, the fate of the entire multiverse is suddenly at stake! Plus: a bonus Courage the Cowardly Dog story by the Glyph- and Eisner-nominated Princeless's Jeremy Whitley!