Portrait of a Drunk 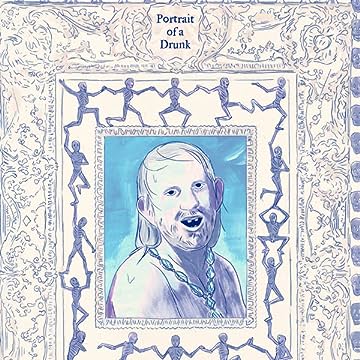 Portrait of a Drunk

In this graphic novel, three cutting-edge, world-renowned cartoonists team up to tell a tale of an 18th-century pirate ― one who's more gallows fodder than a Hollywood swashbuckler. Guy is no master mariner, with a clipped red (or black) beard. He's just an ordinary member of the crew ― able enough, but also a lazy, cowardly liar, a drunkard, and a thief. His story is told in two allegorical parts: "The Blowout" and "The Hangover." Three contemporary comics titans, Belgian Olivier Schrauwen (Parallel Lives) and the French duo Ruppert and Mulot (The Perineum Technique) collaborate to bring you the best pictorial and narrative elements of the great tales of the sea ― bright colors, grand battles, gallows humor ― in this tour de force of black comedy.