Pendragon: The Quest for King Arthur 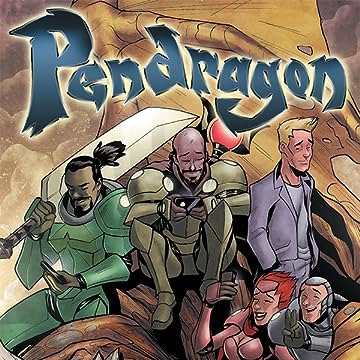 Pendragon: The Quest for King Arthur

Arthur Bright only ever dreamed of one thing – being a world-famous pop star. Thing is, just recently, there are certain elements of Arthur's life that have started to get a bit... strange. A man calling himself Merlin, who Arthur considers quite mad, is following him around the country. Merlin is convinced Arthur is King Arthur and is keen he wakes up to this undeniable fact. Merlin even has a sword he believes is Excalibur, a group of men loyal to him – Knights of the Round Table – and an adult movie actress he has paid to be Guinevere. Arthur fears for his sanity and attempts get away from it all. That's when a supernatural terrorist calling herself Morgana le Fay blows up St Paul's Cathedral and Arthur's destiny finally becomes clear to him.