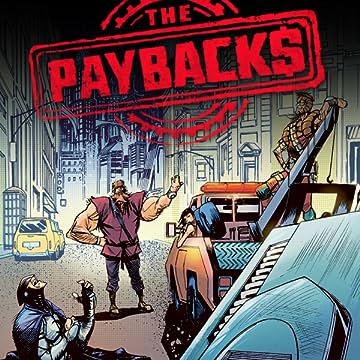 **REPO SUPERMEN!** Heroism doesn't come cheap, so when superheroes borrow money to finance their genetic enhancements or crime-fighting supercomputers, their debts make student loans look like IOUs! Enter the Paybacks, a repo squad composed of bankrupt former heroes here to foreclose on everybody's secret lairs! From the team that delivered the acclaimed _Buzzkill_! * Being a superhero has a price. Meet the team that collects it. * A superhero comedy for the debt-ridden generation! * Unicorn! I think my favorite thing about the book is that Night Knight doesn't ride the unicorn. Like, I think that is genius.Gerard Way