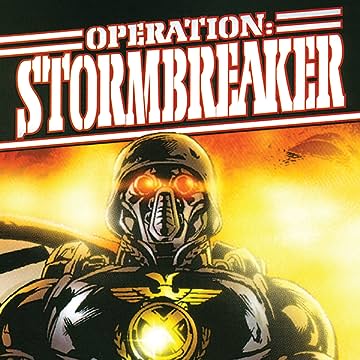 An armored Nazi soldier has been spotted in France, immune to artillery and unstoppable. Rumor has it that Germany is withing days of launching an atomic bomb. What do you do? Assemble the first team of superbeings to stop this threat to the entire planet. That's what! Enter the world of 1944 with Warmaster, Bravado, Nemesis, Jack Rapid and Doctor Tomorrow, and witness their battle against the Nazi incarnation of X-O Manowar!