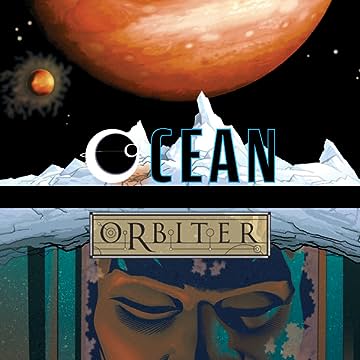 Two of Warren Ellis' acclaimed science fiction stories are collected here in Deluxe format with additional sketch and script pages! Lying beneath Europa's (Jupiter's moon) half-mile-thick mantle of shear ice is the only ocean in the solar system besides those on Earth. And within those cold waters could rest the key to life on Earth -- and quite possibly its extinction! It's the job of U.N. weapons inspector Nathan Kane to learn what sort of beings lie under the icy dome. But he's about to encounter resistance of the violent kind from the staff manning Earth's outpost on Europa -- and he'll like what happens even less when the long-slumbering aliens begin to awaken! In Orbiter, a space shuttle crash lands on Earth after being missing for a decade, it unlocks a mystery that will unfold deep in outer space. Can a team of three specialists cheated out of their dream of spaceflight discover the nature of this bizarre space-borne anomaly?