Messages in a Bottle: Comic Book Stories by B. Krigstein 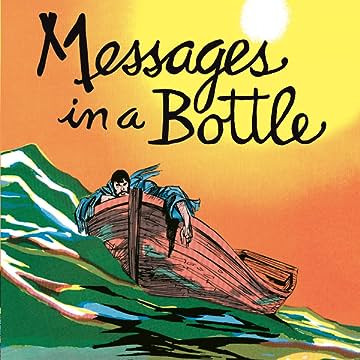 Messages in a Bottle: Comic Book Stories by B. Krigstein

Bernard Krigstein began his career as an unremarkable journeyman cartoonist during the 1940s and finished it as a respected fine artist and illustrator ― but comics historians know him for his explosively creative 1950s, during which he applied all the craft, intelligence and ambition of a burgeoning "serious" artist to his comics work, with results that remain stunning to this day. Krigstein's legend rests mostly on the 30 or so stories he created for the EC Comics, but dozens of stories drawn for other, lesser publishers such as Rae Herman, Hillman, and Atlas (which would become Marvel) showcase his skills and radical reinterpretation of the comics page, in particular his groundbreaking slicing and dicing of time lapses through a series of narrow, nearly animated panels. Greg Sadowski, who has previously written and designed a Harvey Award-winning biography of Krigstein, has assembled the very best of Krigstein's comics work, starting with his earliest creative rumblings, through his glory days at EC, to his final, even more brilliantly radical stories for Atlas Comics ― running through every genre popular at the time, be it horror, science fiction, war, western, or romance (but no super-heroes).