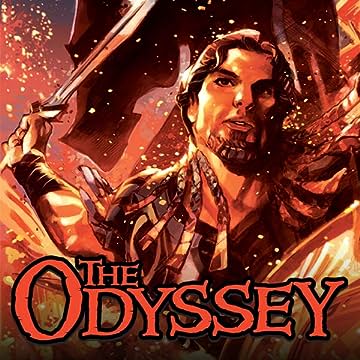 Collects The Odyssey #1-8. Odysseus...son of Laertes, husband of Penelope, father of Telemachus, warrior-king of Ithaca. For ten years he struggled against men, monsters, and gods - kept alive only by his sacred desire that one day he might see again the homefires of his island kingdom. The terrors he faced were the stuff of legend. The towering, man-eating Cyclops...the languid Lotus Eaters and their taste that brought oblivion...Scylla and Charybdis, the twin terrors between whom no seaman could safely pass...Circe, the witch-goddess who turned men into mindless swine...the living-dead souls of Hades, shambling forth from the underworld in search of blood to drink...and Odysseus himself? He, too, was a myth...but he was also a man. And the hero of one of the great epic poems of Western civilization, whose story has remained exciting and modern for nearly three thousand years.