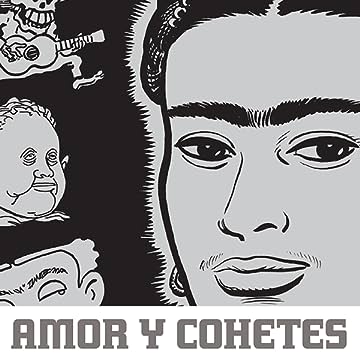 This double-feature collects two Gilbert Hernandez graphic novellas in one! In the Eisner Award-winning "Hypnotwist," a woman wanders through a series of increasingly surreal scenes, confronting motherhood, alcoholism, a sinister smiley face, and worse fates. Illustrated psychodrama as you like it! Meanwhile, in "Scarlet by Starlight": Imagine a B-movie cross between Star Trek and Heart of Darkness. When a primitive alien fauna becomes infatuated with its colonizer, a fragile ecosystem threatens to crumble under fear and violence.