Let Us Be Perfectly Clear 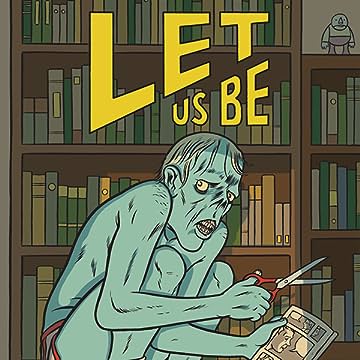 Let Us Be Perfectly Clear

Let Us Be Perfectly Clear is a collection of Paul Hornschemeier's full-color short stories and shows off his playful experimental side and his protean stylistic verve. Perfectly Clear brings back into print stories that Hornschemeier published prior to his Three Paradoxes Fantagraphics debut from a variety of sources - his own self-published Forlorn Funnies, as well as strips that originally appeared in independent magazines and papers. With almost every page, we see a new style, a new direction; Let Us Be Perfectly Clear demonstrates Paul Hornschemeier's versatility and breadth in an elegantly produced book that will appeal to connoisseurs of contemporary, cutting-edge cartoons and graphic novels.