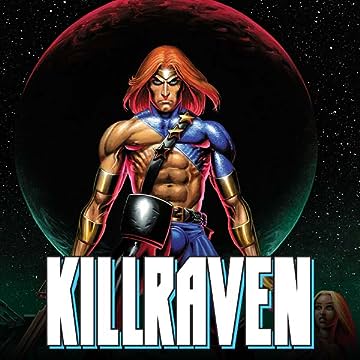 Collects Killraven (2002) #1-6. In the not-so-distant future, Martians have invaded our world and laid waste to our civilization! Now, only Jonathan Raven – the gladiator known as Killraven – and his band of Freemen stand between Earth and utter annihilation! Dig sci-fi action? Love great visuals? Then grab your tub of popcorn and get ready for this modern classic from the great Alan Davis!