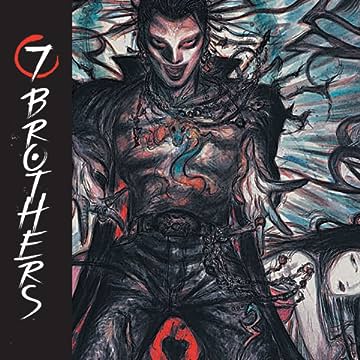 Created by acclaimed filmmaker John Woo, (Mission Impossible 2; Face-Off; Red Cliff) and written by acclaimed comic book writer Garth Ennis (Punisher, The Boys, Preacher) with striking artwork from Jeevan J. Kang (Nowhere Man, Ramayan 3392AD, H20). The first graphic novel from superstar action film director John Woo. Six hundred years ago, a mighty treasure fleet set out to sail the oceans of the world. They reached every continent, and discovered every land long before history's great explorers stole credit for their feats. Now, in modern day Los Angeles, seven men with nothing in common but their destinies are drawn together in the service of a mysterious young woman. An ancient prophecy must be fulfilled. Something terrible is reaching out across the centuries. There's a world to be saved, and the only hope for us all is a power too terrifying to be used. "Seven Brothers is a natural combination of Woo and Ennis. In both of their best works, the major themes addressed are brotherhood and the application of stylish but excessive force. Ennis excels in bringing a defined identity and a sense of realism to a fantastic tale." -Fractal Matter "An illustrative tour-de-force that seizes your eyes and imagination by the throat and throttles you with every turn of the page..." -The Comics Review "Ennis brought his A game to this project." (Rating 8/10) -Bam! Kapow! "If you're a fan of action movies in general, I think you'll like this." -Indy Comic Review "There's a lot of potential in this book, especially with the brothers hailing from all over the world, that could make this the hard-core, uncompromising flip-side to NBC's Heroes." -Variety "This series has it all and is a must read for any comic fan." -Comic Fever