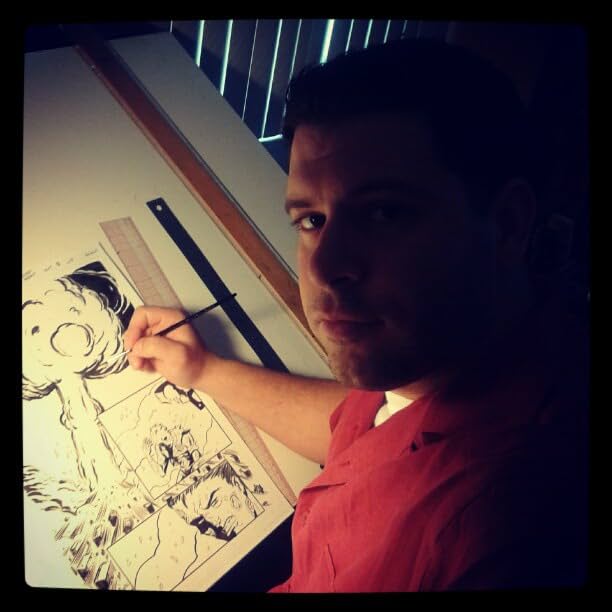 *John Broglia* is a New York based cartoonist who's love for comics dates
back to his early childhood. He attended the School of Visual Arts in
Manhattan where he studied animation. Early on in his career he worked on
several creator owned projects such as Billy Tucci's *Zombie Sama*, Image
Comic's *Mice Templar*, and his first monthly Image Comic's series, *God
Complex*, with Michael Avon Oeming. More recently he has supplied artwork
for several shorts including *Atomic Robo: Real Science Adventures* and *Fubar:
American History Z*. John has also completed a successful Kickstarter
campaign with his latest project *Unmasked Volume 1*. He is currently
working on the second volume of that series.
Twitter: http://www.twitter.com/JohnBroglia