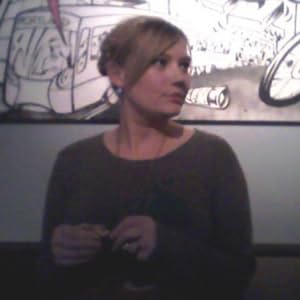 Joëlle Jones is a comic book artist. You may have seen her original Oni Press graphic novel 12 Reasons Why I Love Her, produced in collaboration with writer Jamie S. Rich. Their second team effort, the hardboiled crime graphic novel You Have Killed Me, was published by Oni in July 2009. Joëlle has also contributed to Sexy Chix, Shojo Beat, Fables, Popgun, Portland Noir, Madman Atomic Comics #16, the Dr. Horrible comic written by Zack Whedon, two issues of Madame Xanadu with Matt Wagner, and other comic book publications. She was the illustrator on the Minx/DC graphic novel Token; Dark Horse's Troublemaker books with author Janet Evanovich and their spin-off from P.C. Cast's House of Night; and the adaptation of O.T. Nelson's The Girl Who Owned a City for Graphic Universe. Additionally, she co-created Spell Checkers with Jamie S. Rich and Nicolas Hitori de (Oni Press), and drew the Iron Man story in Marvel's Ultimate Spider-Man #150, written by Brian Michael Bendis.
1 TO 42 OF 48