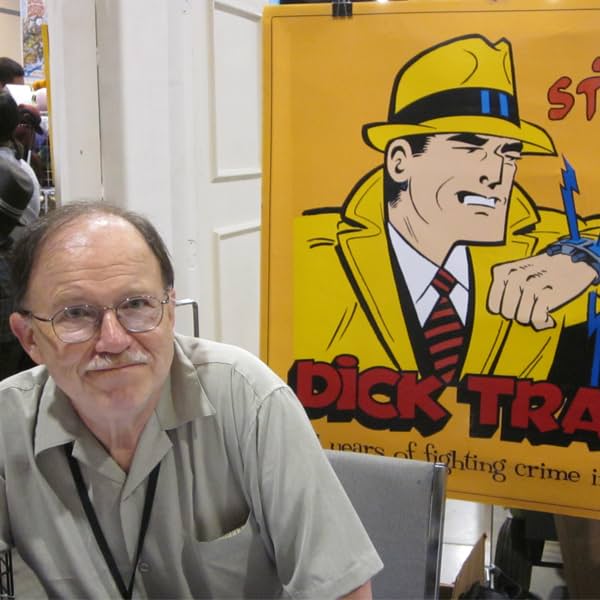 Joe Staton has been drawing for publication for a long time. In the early 1960s, he began contributing art to science-fiction fanzines, especially in the Southern Fandom Press Alliance. He drew caricatures for his high school yearbook, and in college he provided editorial cartoons for both the official college newspaper and the local alternative rag. In the late '60s and early '70s, he drew illustrations for the science-fiction magazines Amazing and Fantastic.
The Grand Comics Database lists more than 1,000 credits for Staton. His first comics work in 1971 was for Charlton Comics, where he co-created E-Man and Michael Mauser, Private Eye with writer Nicola Cuti.
In the mid-'70s, Staton inked The Hulk and The Avengers for Marvel Comics. The majority of Staton's comics work has been for DC Comics, beginning in the late '70s, including such titles as All-Star Comics (JSA), The Legion of Super-Heroes, Metal Men, Showcase, Action Comics, Batman Adventures, Guy Gardner and Green Lantern. With writer Paul Levitz, he co-created Batman's daughter, The Huntress. With writers Mike Barr and Steve Englehart, he co-created many Green Lanterns, including Kilowog, Arisia and Saalak. For DC, Staton drew Scooby-Doo for 100 issues over 10 years. It is possible that Staton has drawn Scooby-Doo more than anybody. In 1998, he received an Eisner Award for World's Finest: The Superman/Batman Adventures, a graphic novel based on the animated feature. Since 2011, Staton has drawn the daily and Sunday Dick Tracy for TMS News & Features, LLC. With his wife, Hilarie, he packages comics on children's health issues for Boston Children's Hospital.
Website: http://joestaton.com
1 TO 42 OF 59