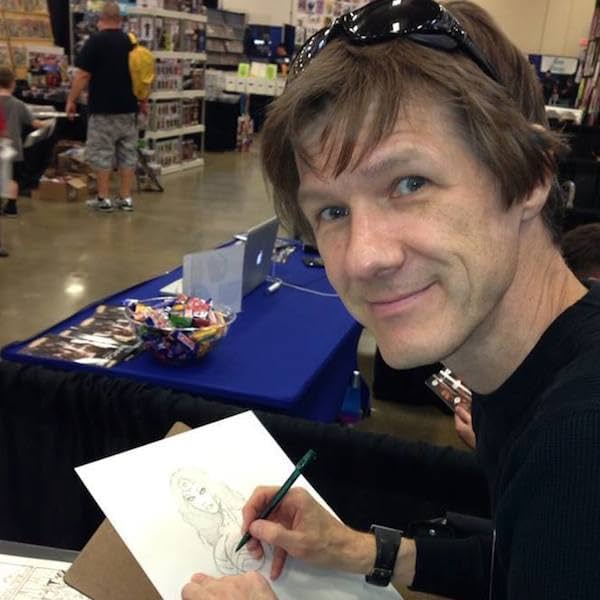 Jim Balent's work has been published by several comic book companies, including Marvel, Dark Horse, and DC Comics. He has drawn some notable characters, such as Batman, Vampirella, and the sexy femme fatal, Catwoman.
In the year 2000, Jim and Holly Golightly started their own comic book company, BroadSword Comics.

Jim's creation, Tarot, Witch of the Black Rose, is an ongoing story about a voluptuous young Witch who battles to keep the balance between Magick and Mankind.
Jim Balent lives in Eastern Pennsylvania with his beloved Witch, Holly, a pesky Pangur Ban a Balinese cat and he has a black lagoon that he calls a koi pond.