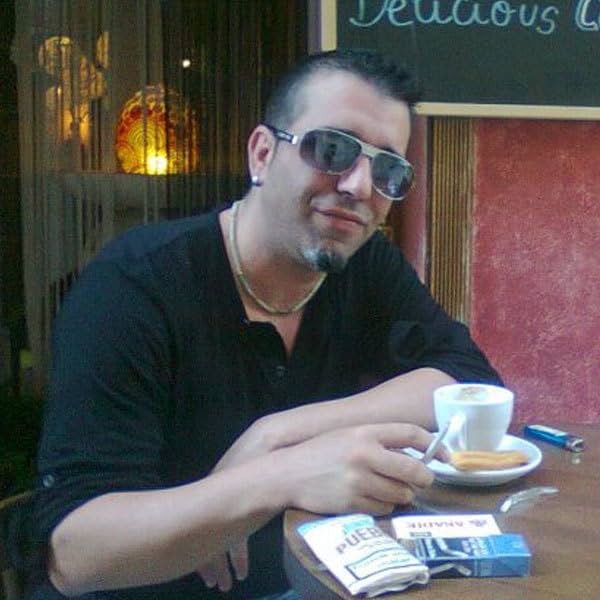 An early love for literature led him to study dramatic arts, he flirted with theatre and radio before being claimed by his vocation to study and start a career as a historian and teacher.

For over a decade, he has focused his literary efforts in creating the universe of La Flor de Jade, a five-novel epic saga. He was given the prize Autor Revelación en Literatura Fantástica in the V Salón del Cómic in Málaga for the first book in the series, El Enviado. One year later, the second volume El Círculo se Abre, was published.

He moved to Madrid, where he now lives, and befriended Javier Charro, the cover illustrator of his two novels. Between them the idea of expanding the universe of Flor de Jade began to take shape. Without delay, they embarked on a project to adapt the saga to e-book format and the third volume, El Libro de los Herederos, was specifically created for digital media.

It was in Madrid, too, where he joined the team of the prestigious illustrator Luís Royo. Friends since they met at the National Comic Fair 2009, Royo knew about his work and offered him to write a series of novels for his macroproject Malefic Time in which he is currently involved with his son Rómulo Royo. His conception of literature and narrative quality are decisive for such a multipolar, multidisciplinary and universal project. Codex Apocalypse, the novelisation of the first part of Malefic Time -set in New York- is launched at the Salón del Cómic 2012, in Barcelona.

His collection of poems (Latidos, Madrugadas, Espinas y Silencios), available online, publicly bears witness to his role as a poet.