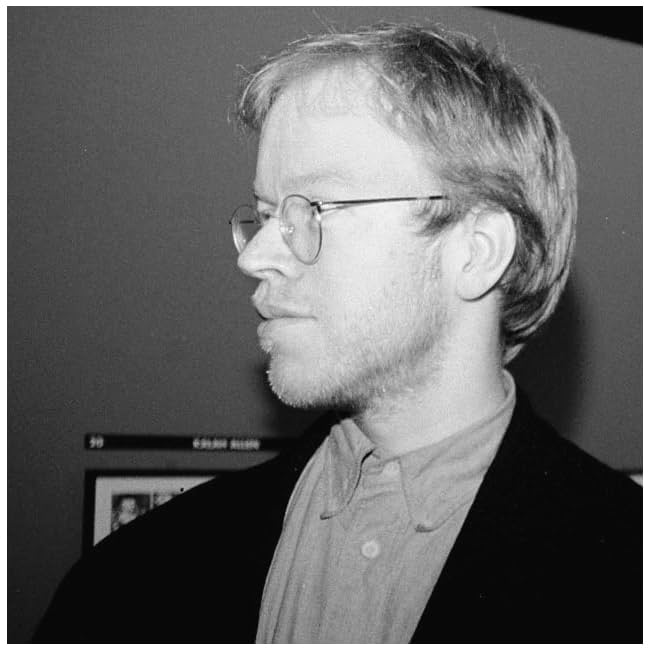 The Norwegian cartoonist Jason combines a poker-faced minimalist anthropomorphic style with more than a passing nod to the "clear-line" ethos of Hergé. As he has shown in a series of acclaimed graphic novels, this seemingly limited approach has proven amazingly versatile, allowing Jason to create gag comedy (Meow, Baby!), romantic melodramas (Tell Me Something), dramas (Hey, Wait...), and genuine thrillers (the period detective novel The Iron Wagon) - often without even the benefit of words, and using a stylishly minimalist color palette to boot. Jason won the Norwegian "Sproing" Award for "Best Norwegian Comic Book" twice, in 1995 and 2000. The American edition of Hey, Wait... was nominated for two Harvey Awards, as well as being cited as the second best comic of 2001 by Time.com. His books have won three consecutive Eisner Awards for Best U.S. Edition of International Material: The Left Bank Gang in 2007, I Killed Adolf Hitler in 2008, and The Last Musketeer in 2009. Jason's short story "Low Moon" was serialized in the New York Times Sunday Magazine in 2008 and collected with four other tales in a book of the same title in 2009. In 2010, Fantagraphics began compiling Jason's out-of-print early books in hardcover collections starting with Almost Silent in February, followed by What I Did in Fall. Jason remained prolific in 2011, with Isle of 100,000 Graves, his collaboration with writer Fabien Vehlmann, in Spring, the rarities/interview/tribute comic book Jason Conquers America in Winter, and his new short story collection Athos in America completed in 2011 to be published in early 2012. His newest book is Lost Cat, a 150-page detective story (his longest story to date). Jason, whose work has been translated into Swedish, Finnish, German, Italian, and French in addition to English, is living in Montpellier, France. He blogs regularly at Cats Without Dogs.