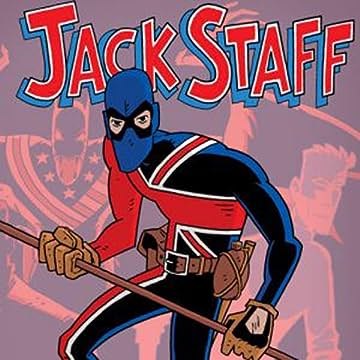 Jack Staff is Britain's Greatest Hero. At least he was. For years he fought the bad guys and all the weird stuff that followed him around. Then, twenty years ago, he disappeared, and everybody forgot about him. Now he's back, and all the old bad guys and weird stuff have started crawling back out of the woodwork too. They never went away. They just got a little bit more bad and a little bit more weird. This Issue: Twenty years ago the British army developed Rage. 240 lbs of pure destructive force. Then they set it loose on the streets of Castletown. The only person stood between Castletown and total destruction was Jack Staff, Britain's Greatest Hero. Now, twenty years later the inhabitants of Castletown are suffering violent 'Rage Attacks' - and Jack Staff has to deal with the fallout as the military try to reclaim their ultimate weapon.