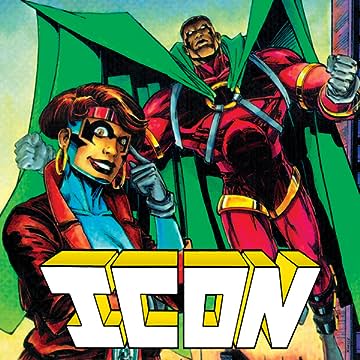 In 1869, the life pod of an adult alien crashed in the cotton fields of the South. Discovered by a slave woman, the extraterrestrial's genetic structure was reconfigured and he was transformed into an African American baby. Now, over a hundred and twenty years later, Augustus Freeman is a successful lawyer who covertly uses his alien super-powers to help those in need. But when a teenaged girl from the streets convinces him to use his abilities to inspire his people, the affluent Augustus embraces his true destiny and becomes Icon, the hero of Dakota.