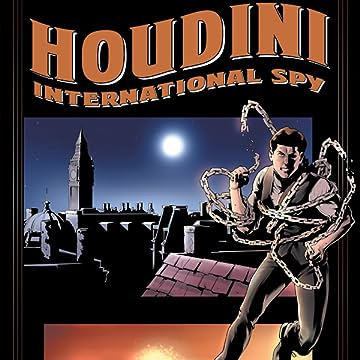 Houdini: Magician. Escape Artist.... International Spy. To countless fans around the globe, Harry Houdini is the world's greatest magician. To the US government, he's their most brilliant spy operating at the dawn of the dangerous and dynamic 20thcentury. Fresh from his sold-out run at London's famed Alhambra Theatre, Houdini is dispatched to Vienna to locate Dr. Wallace Prescott, a foremost expert in the field of infectious diseases, who went missing from an international conference. What starts out as a simple missing person case becomes a race against time as Houdini must conjure all his physical skills and tricks to thwart a madman hell-bent on releasing a modern-day Black Plague.